In short, resisting a more powerful opponent will result in your defeat, whilst adjusting to and evading your opponent’s attack will cause them to lose their balance, their power will be reduced, and you will defeat them. These principles, coupled with a concentration on execucting the techniques correctly rather than using strength, make it possible for weaker opponents to beat significantly stronger ones.

Kano was adamant that Judo be possible to practise realisitically and safely. As such, dangerous techniques were abandoned and all students are taught ‘Ukemi’ (break falls) in order that they can thorw and be thrown without injuring or being injured.

Judo was to serve not only as a way of self defense but as guidng philosiphy in life. Kano believed that students that studied and perfected the techniques of Judo, whilst abiding by it’s rules and principles, could achieve betterment in all other aspects of their everyday lives.

Judo would go on to be adopted as an Olympic sport in 1964 and is now practiced by millions around the world in over 200 nations. 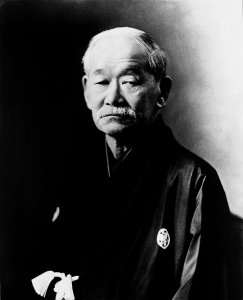 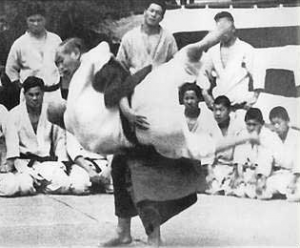 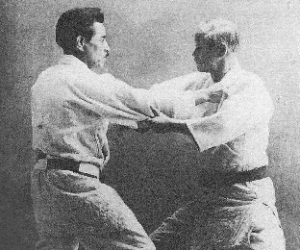 Seeing their child excited about learning is something all parents strive to achieve. Judo is mentally and physically stimulating in a productive learning environment. By learning to synchronise their mind with their body, children become very aware of themselves and others.

When participating in a Judo class, a student needs to remain focused so as not to injure themselves or their classmates. Whilst appearing to be just a bunch of students wrestling and play fighting, Judo actually teaches about balance, force production and bio-mechanics without them even realising.

Though we hate to think of children being in a violent setting, there is a chance they may possibly be put in such a situation. Judo does not teach weapons fighting or even striking (punches and kicks) however they learn to grapple and control an opponent to defend long enough for a chance to run away unscathed.

Judo competitions are quite different from other ‘fights’. The process involves bowing to your opponent and the referee; these are acknowledgements of your opponent’s willingness to engage you in a bout and the referee’s position in control of the fight. The compulsory bowing and handshake upon completion of the fight means sportsmanship is paramount.

A typical judo class will often be comprised of a warm-up, teaching and practising of moves and possibly some fighting. The warm up and practice account for most of the class and for that time, your child will be constantly on the go.  The workout each child gets will not only assist in the natural development of his or her muscles, but also help them build stronger cardio-vascular systems.

This site uses cookies. By continuing to browse the site, you are agreeing to our use of cookies.

We may request cookies to be set on your device. We use cookies to let us know when you visit our websites, how you interact with us, to enrich your user experience, and to customize your relationship with our website.

Click on the different category headings to find out more. You can also change some of your preferences. Note that blocking some types of cookies may impact your experience on our websites and the services we are able to offer.

These cookies are strictly necessary to provide you with services available through our website and to use some of its features.

Because these cookies are strictly necessary to deliver the website, you cannot refuse them without impacting how our site functions. You can block or delete them by changing your browser settings and force blocking all cookies on this website.

We also use different external services like Google Webfonts, Google Maps and external Video providers. Since these providers may collect personal data like your IP address we allow you to block them here. Please be aware that this might heavily reduce the functionality and appearance of our site. Changes will take effect once you reload the page.